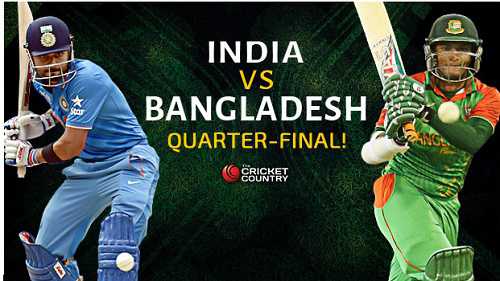 Still now, on the tournament India is favorite team without any doubt. Because still they did not lose any match on Asia cup 2016. They beat Pakistan, srilanka and Bangladesh continuously. At this time, India is top team on point table. By team wise performance they achieve the place as topper, and will play on final. Both of bating and bowling lineup of India, are strong now. They have some powerful player like MS. dhoni, yuvraj singh, virat kohli, harvajan singh, rohit sharma etu.
On other side Bangladesh is not less than any powerful team. On the tournament they won all those game, except against India. Bangladesh cricket team have enough ability to beat any strong team like Pakistan, Srilanka even India also. Because they have some world class layer like Mashrafi, Tamim Iqbal, sakib al hasan, mustafizur etc.
After compare between two team, it is simple to say the final match will challenging for both team. Bangladesh can get some advantage from the field, because it is home environment for them. India is also getting use to with mirpur sher e bangla national cricket stadium.
The game will start from local time, 8.00 PM. Hope all Indian and Bangladeshi supporters are make crowed on stadium. Stay waiting for watch a fighting final match. Let’s see who will won the Asia cup 2016 trophy.

HSC result 2017 published date all education board of Bangladesh